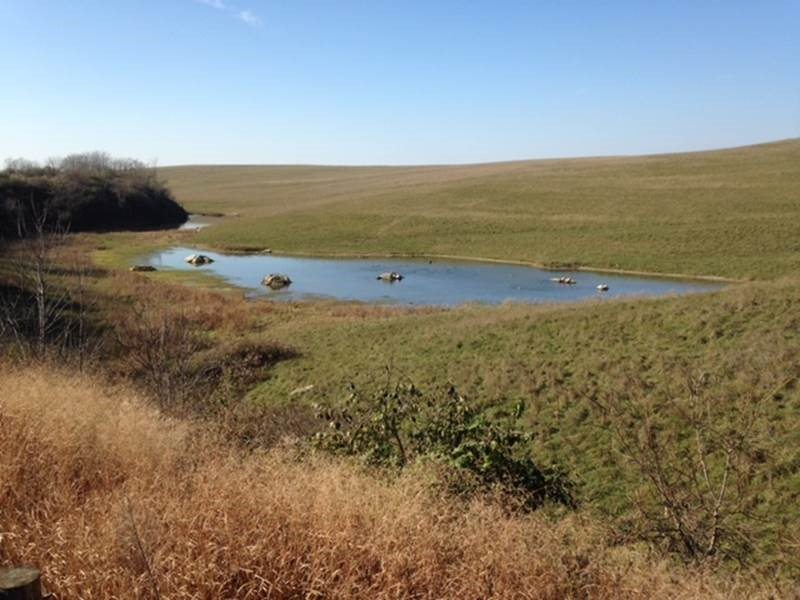 Cloud Peak Energy’s Spring Creek Mine, located near Decker, Mont, has received the Office of Surface Mining Reclamation and Enforcement (OSMRE) 2017 Excellence in Surface Coal Mining Reclamation Award for enhanced reclamation success through the diversity of topography, soil and vegetation. The award was presented by at an award luncheon organized by NMA.

The successful reclamation plans at the Spring Creek Mine incorporate a variety of livestock grazing, pastureland and wildlife habitats into the post-mining environment. The mine’s reclamation program utilizes a four-pronged approach to maximize post-mining diversity in designated post-mine wildlife habitat areas, including a special emphasis on the following aspects of surface mine reclamation: hydrology, vegetation, substrate and topography.

“We take great pride in reclaiming the land we mine. This award highlights the strong commitment of everyone at Spring Creek and Cloud Peak Energy to returning land to a condition as good if not better than before mining began, while meeting the post-mine land use that is essential to reclamation bond release,” said Colin Marshall, president and CEO of Cloud Peak Energy. “Cloud Peak Energy has a strong record of using innovative approaches to successfully reclaim the land after mining is complete. It is gratifying that the federal government has recognized the success of our approach to reclamation with its highest honor in five of the last eight years—this is a tremendous accomplishment by everyone at Cloud Peak Energy.”

“The long-term benefits of the successful establishment of vegetative diversity is exactly what reclamation should look like,” added Dave Schwend, general manager of the Spring Creek Mine. “The success of these practices at the Spring Creek Mine provides a pathway for other mining operations. The reclamation methods we used can be implemented at other mining operations throughout the west, thereby promoting the establishment of similarly productive and valuable habitats.”

In addition to the 2017 reclamation award, Cloud Peak Energy’s Antelope and Cordero Rojo Mines were also partners in the 2017 OSMRE Good Neighbor Award presented to the Thunder Basin Grasslands Prairie Ecosystem Association for the collaborative effort among colleagues (within and among mines), neighbors, lessees, government agencies and local agricultural producers to implement coordinated conservation projects that reach beyond permit obligations to positively impact regional conservation efforts and land management decisions.

Cloud Peak is proud to be a leading the way in environmental stewardship for the mining industry.